Working through her final studio as a K-State architecture student, Gabby Coleman didn’t yet know that her thesis project – a building inspired by her interest in social justice issues and current events – would overlap with a very real-life project about to kick off on the same campus.

“I was so worried that everyone would be like, ‘What is wrong with you Gabby?’”

After researching her topic over the course of the year, Coleman began work on an art project that then transformed into a building project: a theoretical multicultural center for the university. It just happened to coincide with the start of K-State’s engagement with Hollis + Miller Architects to design the same type of project for the campus.

“I literally started right before it was officially announced that Hollis + Miller was the project architect,” she says. “When I saw the news, I couldn’t believe it. And I was nervous! I was like, ‘Can I even continue with this project?’ But everyone was very supportive.”

In fact, her perspective became extremely valuable to the real-life project. As Hollis + Miller began preliminary work on the center, Coleman was invited with two other architecture students to sit in on the schematic design presentations, as well as offer feedback from the student perspective. It was a role she relished, especially when she realized she could help serve as a translator of sorts:

“I felt like I had a great opportunity to speak on what I was interested in as a multicultural student,” she says. “But I also could dissect what I was hearing my peers say, when they were giving feedback to the design team—and then translate that into the feedback the design team was getting, which was really cool. I remember trying to be this unofficial co-facilitator … because I felt like I was on both sides of the room.”

Coleman was able to contribute valuable input to the project, which when finished will occupy 13,000 square feet and serve as the official home for the university’s more than 30 multicultural organizations, serving around 4,000 students. Officially named the Morris Family Multicultural Student Center, the new project will bring an urban feel to the existing campus fabric, while staying true to the native Kansas materials already established. The multicultural center will encourage pedestrian interaction, and will create natural pathways from the rest of campus.

Opening in late fall 2020, the timing is perfect for the new center, Coleman says.

“It was just exciting to see the university commit to not only the building, but what it stood for,” she says. “In my final years of school, there was this tension on campus, relating to all of these racial incidents that were happening… This building represents something more than even the space it will provide.”

Upon graduating from K-State’s 5-year master of architecture program, the relationships Coleman formed during her participation on the project turned out to be extremely valuable—allowing her to secure her first professional job as an architect with Hollis + Miller.

“I knew I wanted to use my interest in diversity, inclusion and social justice, and I wanted to see that present in the firms I was interviewing with,” she says. “I found one of the project types I was interested in to be education, and that’s what led me to Hollis + Miller. I was very fortunate to have their presence in my last year of school.”

Starting in September 2019, Coleman says she’s learned how beneficial the firm’s approach of building meaningful relationships with both clients and employees can be.

“One of the things I realized about Hollis + Miller early on, even as a student, was just how invested we are in relationships,” she says. “Everyone is so invested in making sure I’m getting the experience I need, to stay on track with my career goals. It’s been really great.”

Her experience as an architecture student and now a professional has inspired Coleman to continue giving back to K-State students—to give them some of the valuable interactions she benefited from.

“I remember being in the studio and having so many architects and interior designers present while I was working,” she says. “I would love to be that for the students at K-State right now because that was exceptionally helpful—to have this real-world designer there, to ask you questions. That makes your projects feel more real.”

The ribbon-cutting ceremony for the Morris Family Multicultural Student Center at Kansas State University is scheduled for Nov. 20, 2020. Learn more about the project at hollisandmiller.com. 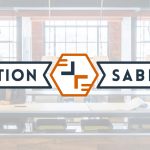 The shared language of collaboration 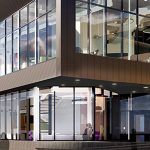