Colorado SKIES Academy, which serves sixth through eighth graders, isn’t a typical middle school. A partnership between the Cherry Creek School District and the Wings Over the Rockies aviation museum, the school is located on the grounds of Centennial Airport, one of the leading private general aviation airports in the nation. The recently opened facility takes a unique approach to education, offering project-based learning with an aviation and aerospace focus. That unique approach also requires a unique school design.

“It’s not easy being the forerunners, doing something new that’s never been done, especially in education,” says Kathleen Fredette, director of STEM initiatives for iLEAD Schools, one of the charter academy’s partners.

The challenge for Colorado SKIES Academy was to build a new kind of school that allowed for plenty of open space for collaboration while still providing a secure environment and encouraging imaginative thinking. 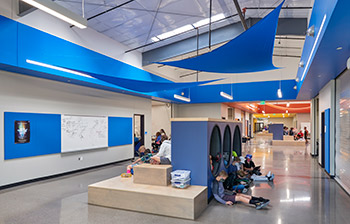 After spending several years in the planning stages, the partners engaged Hollis + Miller Architects to start the design process. A high demand for enrollment and aerospace curriculum fast-tracked the need for opening the school. Yet, construction would take time, so the firm suggested the school year begin with modular buildings. Senior Architect Danielle Dratch says it was the right choice:

“We were able to delve more into the design and have the time to create the correct and right solutions for the school and for the learning environments.”

The firm did that through its co-create process, in which they work with the key stakeholders to understand the educational vision, the spaces to support that vision, and how to bring all of those pieces together in the budget. The team was able to work with all the involved partners to design a space to fulfill the vision of the charter school.

“The team was willing to think outside of the box and explore ideas that would not have been part of the original plan,” says Colorado SKIES Academy Director Suzanne Acheson.

With project-based learning as the focus, Hollis + Miller designed an open-air environment with flexible classroom space, collaborative learning areas between classrooms, a cafeteria and events space, an Exploratorium (a large space for technology-based curriculum), and a maker space. The design incorporated materials and shapes that remind learners of aviation and aerospace, from the ductwork to the doors. The design was able to include a number of environmental graphics throughout the building to enhance the aerospace mindset for students, including a solar system reflected in the flooring.  Planetary environmental graphics were also incorporated in the small round “cave” spaces representing each of the planets where the learners can get away and read.

In addition to a secure vestibule (a standard in 21st-century learning environments), the design team implemented additional security measures including rolling overhead doors to close off classrooms for lockdown if needed. In doing so, a layered approach to security was created for an even safer environment. 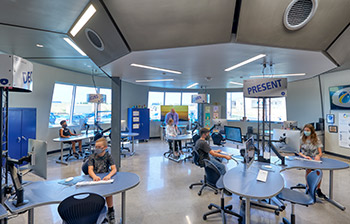 The new building opened in September 2020 to spectacular reviews. Both staff and students are thriving in an environment designed to encourage collaborative project-based learning.

“The students love the open concept and the way that the school is inviting,” Acheson says. “They don’t feel like they have to be stuck inside a classroom. The design of the school and the classrooms gives students a sense of independence and freedom they say they haven’t had at other schools. This helps promote a sense of belonging and ownership among the students. The staff really enjoys the flexibility they have in having an open or a closed classroom thanks to the garage door design.”

In 2021, the Association for Learning Environments honored Hollis + Miller with the President’s Award for its work on the school. While the recognition is typically given to a person, the jury continually returned to the outstanding project design and unique achievements and ultimately awarded the firm with this prestigious honor.

“From initial curriculum and facility discussions to exciting graphics and fine details, this project has truly been a team effort, and we are proud to have been a part of it,” said Chris Heinz, Hollis + Miller partner in charge of the project. 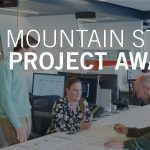 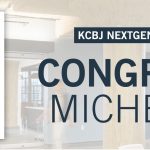 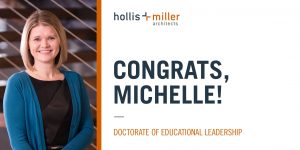