As part of the Kansas City, Kansas Public Schools, the former Northwest Middle School dated back to 1924 and was in need of replacement. The district made the decision to replace the aging school in the same location, and planned to open the new $30 million facility at 2100 N. 18th St. in time for the fall 2020 school year.

The new school building would also come with a new name: Carl B. Bruce Middle School. Named after a former Northwest principal, the new school planned to keep its existing tiger mascot but realized the construction process was the perfect time for a rebranding effort—not only to pair the new building with a fresh brand but to also create a logo that was easier to work with and use in various applications.

The district worked directly with Hollis + Miller Architects, the firm designing the new school building, to incorporate graphics, which would brand the new facility in unique and powerful ways and instill a renewed sense of community pride.

The team from Hollis + Miller was able to work with the district early in the process while the building was still in the design phase. That early collaboration allowed the entire design to be more holistic, said Brandon Thomas, AIGA, a graphic designer at Hollis + Miller:

“It’s nice because everyone has ownership, and everything works more cohesively,” he said.

In addition to the strong first impression of the exterior signage, the team explored and implemented a variety of materials to represent the revised logo and new school branding in the interior—ones that were both durable but also creative, including impact panels, paint, reclaimed wood graphics, vinyl print graphics and more. And because the branding was complete early in the design process, the team was able to incorporate the various branding elements into the overall building design – even down to the individual classroom signage – giving the entire space a more cohesive feel.

Following the design principles of discovery and exploration, the team used colors throughout the various academic neighborhoods for wayfinding. In addition, various interpretations of the parent brand were used in specific areas (e.g., the use of the main logo in the athletics area but incorporating a more academic-focused logo version in learning areas), allowing the brand to be used cohesively but also making it adaptable to the various areas of the building.

Thomas said the feedback from the educators and staff has been positive:

“Because the brand is cohesive throughout, it’s easy for everyone to have the same message, the same story—from the teachers and administrators to students and visitors.”

The district gave Hollis + Miller plenty of freedom in the design process, allowing the team to effectively incorporate the brand into the various building elements, as well as school uniforms and collateral items.

Opening in the fall of 2020 to 900 students, the new middle school was the third new school in the district to open in the same year, joining Lowell L. Brune Elementary School and West Park Elementary School—all results of a long-range planning effort with HMA and $235 million bond referendum approved in 2016. 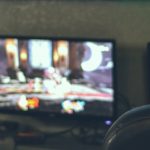 As esports grows, high schools start getting in the game 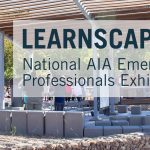 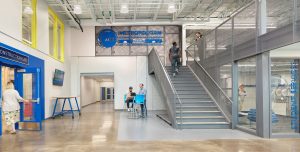 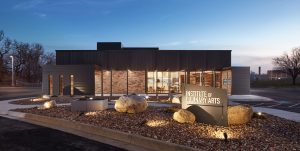